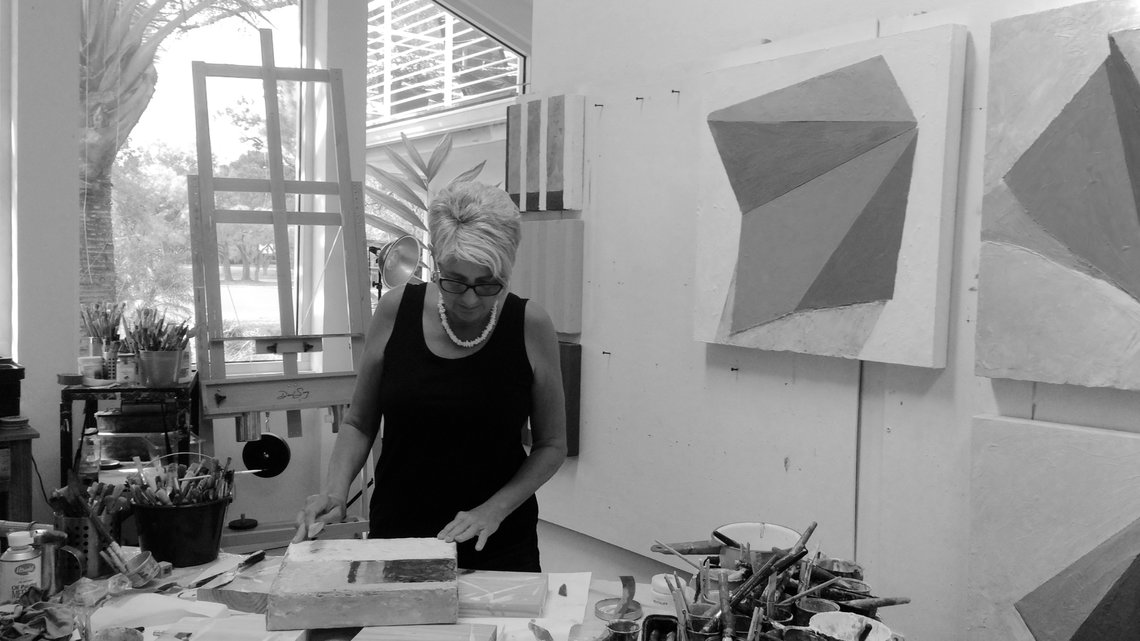 Christie Charbonneau Wells was born and grew up in a small town in the Adirondacks of upper New York state, near Lake Champlain.  Her early affinity with the wildness and beauty of the land of her childhood left an indelible mark on her subsequent art output.  Charbonneau Wells first trained as a sculptor, receiving a B.A. from St. Lawrence Univesity and an M.F.A in Painting from the University of Delaware, where she studied with painter Robert Straight and art conservator Hilton Brown.  She taught studio art at West Chester University from 1990 to 1994.  From 1994 to 2000 she held the position of Curator of Visual Collections and Visiting Assistant Professor of Art at Indiana State University.  In the fall of 2000, she moved with her family to Wisconsin where she co-taught a Women in the Arts class at the University of Wisconsin Oshkosh, worked on various community arts projects and painted in her studio.  In 2014 Charbonneau Wells relocated to Sarasota Florida where she now paints and exhibits.